It’s touted as the, ‘fastest shortcut to affiliate marketing success’ but at $997, down from $8,000, is it another overhyped affiliate course or does, Igor Kheifets course deliver? We’ll find out in my Elite Affiliate Pro review which looks at the entire course, bonuses and hidden extras.

The course is the special offer presented after watching his free workshop that he’s promoting on his Youtube channel and on various social media platforms such as Facebook and Instagram.

I originally found out about this course a few months ago when it was originally being promoted but due to other commitments never got around to reviewing it. That fake countdown timer on the checkout page is a clear giveaway that this course isn’t going to close any time soon.

Who is Igor Kheifets?

Igor was originally a member on Warrior Forum where he’d sell his solo ads to members. For those that don’t know, solo ads are email marketing campaigns, where product sellers with larger lists will promote your link and send guaranteed clicks to your funnel in exchange for a fee, usually $0.30-$1 per click.

Solo Ads is a lucrative business, especially for the list owner, maybe not so much for the person buying the ad, but there’s easy money to be made.

There’s many negative reviews about Igor’s email marketing tactics, i.e. when you unsubscribe you get resubscribed to a new list.

Fast forward to 2019 and it appears Igor is on the affiliate bandwagon, promoting his new course through free training videos uploaded to Youtube. Most videos only get a few thousand views, where as some seem to go viral and get 5 figures. 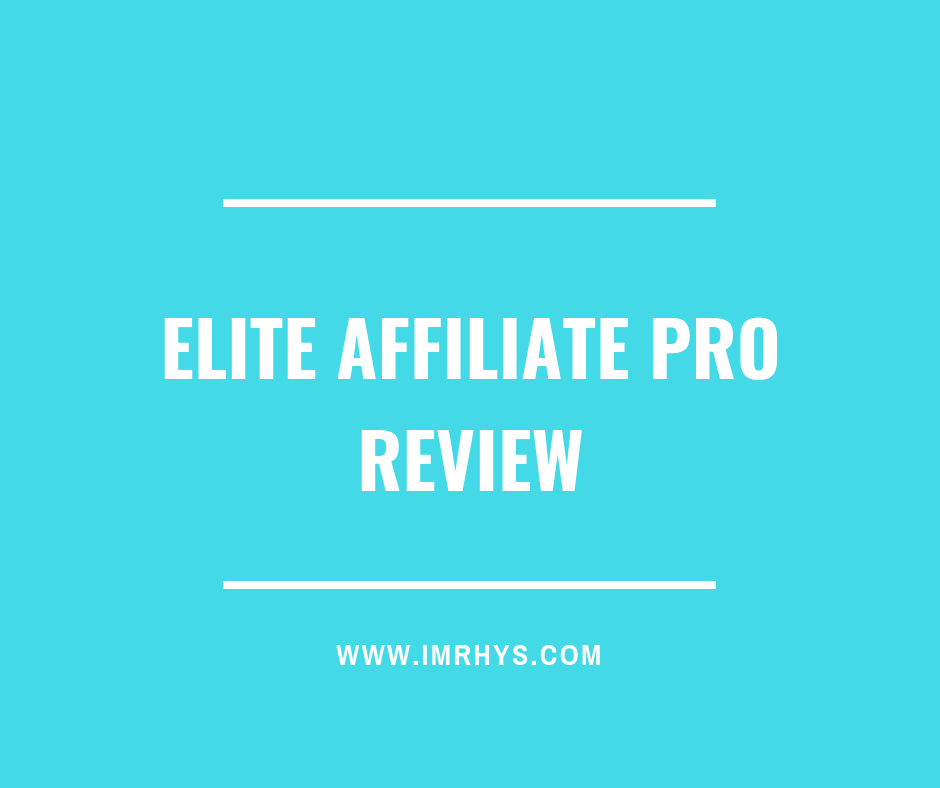 I wouldn’t call $21,779.45 an elite affiliate by many means however that’s the name of the course and we’re going to look at what you get and whether I think it’s worth $997. Now remember, this is my personal opinion and you might think differently, that’s the power of the internet.

After you watch his free workshop you’re told you need to buy the course to get access to his ‘free secrets.’ This is a red flag, there is no secret to affiliate marketing once you know the basics. The basics are available in many different forms, other courses, free videos, blogs, forums etc.

As you know Igor has built an email list, and it’s clear the money is in the list, right?

So now that you know you need to build an email list, what would those other secrets be I wonder?

One of the people Igor refers to in his numerous videos is John Crestani of Super Affiliate System, which is also priced at $997 and is a mixed bag. Some people love it, others hate it, and the main question there is whether there’s enough value in the course for such a high price.

Elite Affiliate Pro is the same in my opinion, it’s a short six module course.

Without going through every video in detail here’s what you can expect to learn from Elite Affiliate Pro:

Given I’ve watched all of John Crestani’s content, it’s incredibly similar. I’d even go so far as to say, the content is nearly exactly the same, with some tweaks to made it original. In the affiliate world we call that, ‘rehashed.’

Bonuses include a list of high paying affiliate offers, a list of CPA networks and the opportunity to partner with Igor and make 90% commissions reselling his course.

The course refund policy is fairly straight forward and there doesn’t seem to be any catches however you must show them your completed 6 step super affiliate checklist and that it didn’t work for you to get a full refund. This is valid for 30 days.

It’s unclear if you’re going to easily complete those steps without further investment in your business so take note you can’t simply say you failed to get a refund, you’re going to need to show your results.

It’s a very similar course to John Crestani’s and at $997 it’s very expensive for most people. It’s an email marketing course with a focus on using offers from Clickbank and CPA networks. This is some of the oldest forms of affiliate marketing in the world and personally there are courses out there that teach you the exact same thing for a fraction of the price.

Look, you need a list and need to run paid traffic to specific ads. It’s a business model that suits hard workers but not lazy people looking for success online. If you’re willing to put the hard yards you can easily make money following the blueprint from Elite Affiliate Pro.

These are topics simply not covered in Igor’s course. If you look at something such as Savage Affiliates which costs $197 then you’ll see what I mean. It offers over 150 videos on many different methods, not just one. There’s also no bold claims about making $21k in a day, there is however real over the shoulder case studies. I’ve done a full review on the entire course and you can then spend that extra $800 you just saved for actually operating your business.

Rhys is the owner and chief editor at Im Rhys and is living in Chisinau, Moldova. With over 15 years experience in eCommerce and Affiliate Marketing he has started many successful 6 and 7 figure businesses. After successes with USA and China dropshipping, he expanded into building 70+ micro affiliate websites in 30 different niches that generate money on autopilot. He now helps his wife to run her social media agency as well as travelling the world at every opportunity.